Leadership is highly rated in population imagination and typified through individuals that supposedly have amazing skills. But, according to Google Chairman, Eric Schmidt, an appropriate leadership model is one that regards leadership as a shared effort.

He said that the idea of an omnipotent, brilliant single leader and decision maker is a wonderful myth. 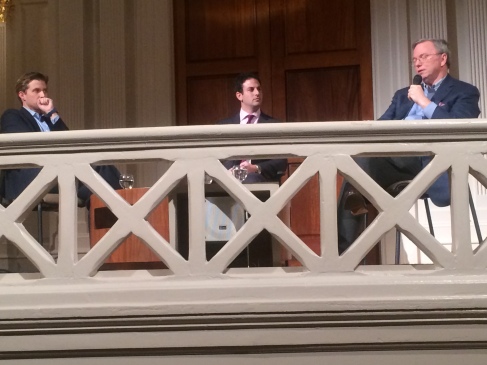 How decisions are made at Google
He said that the decision-making process at Google is like a university that is arguing all the time.

What Role Should A Leader Play?
He said one way way to think of a leader is that a leader is inspirational, runs the conflict and sets a deadline for a decision.

“The leader has to make very few decisions by himself or herself because the goal of that process is not to get to a consensus decision but to hear the best idea that everyone agrees with that, wow, that’s the best idea,” he said.