“There are two ways to spread light; to be the candle, or the mirror that reflects it.” – Edith Wharton

Are you a candle or a mirror? Most people are somewhere in the middle. This quote reminds us of the importance of our actions. The example you set (as a mirror) is a way of sharing how you feel based on your behaviors. Gossiping, complaining, and being pessimistic shows those in your life that you are unhappy and feeling low. The same is true for the opposite behaviors. Positive, affirming comments transmit to the world that you are happy, friendly, and optimistic. What is your mirror reflecting? Let your actions reflect your true beliefs and values 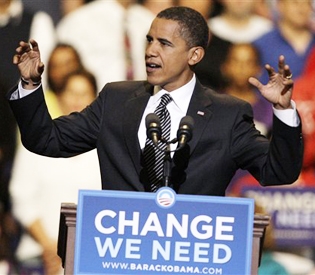 First things first: (his brains aside) Barack Obama is handsome, cool, and energizing like a drop of dew on an October morn.

By ancestry, Obama is an African and it’s not far-fetched to say through him the ancestors have spoken with a voice that has resonated across the globe, rebranding the black image. Just like me, my friend Innocent has been glued onto Obama’s presidential campaign.

“Obama is a shining star of our generation, and his rise has been nothing less than meteoric. He represents a line of great inspirational and transformational leaders like Nelson Mandela, and he’s making history right before our eyes,” says Innocent.

I couldn’t agree more: if anything, Obama’s decision to run for presidency is one of the best things to happen to Africa after Mandela.

Apart from his personality, Obama’s message of hope, if actualized, is one that can potentially heal global wounds inflicted by increasingly belligerent US policies over the past eight years of George Bush’s rule. In fact, I must admit that that I have become emotionally, spiritually and intellectually hitched to the Obama star over the past two or so years of the US presidential campaign trail.

With all due credit to Obama, he has managed to build a golden stair that has resonated with many people across the world. For the first time in my life, I have absolutely fallen in love with public service life, courtesy of Obama. END_OF_DOCUMENT_TOKEN_TO_BE_REPLACED

“It is often merely for an excuse that we say things are impossible.”
~ Francois de La Rochefoucauld

“Ours is not the task of fixing the entire world all at once, but of stretching out to mend the part of the world that is within our reach. Any small, calm thing that one soul can do to help another soul, to assist some portion of this poor suffering world, will help immensely. It is not given to us to know which acts or by whom, will cause the critical mass to tip toward an enduring good. What is needed for dramatic change is an accumulation of acts, adding, adding to, adding more, continuing.”